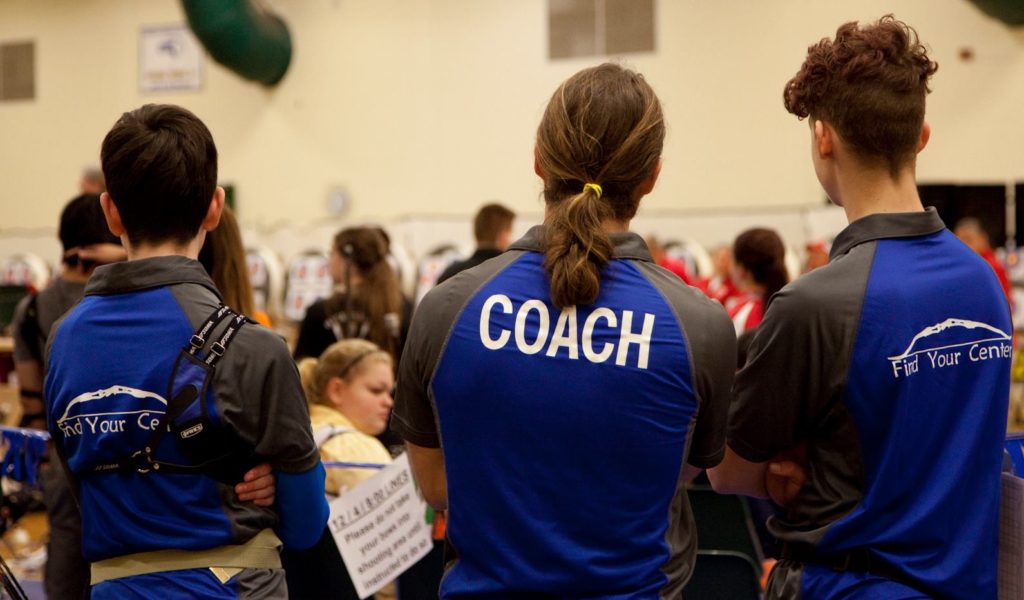 Another story from Nationals from a very, very proud Coach.

This story is about Sam (not the Sammy the other story is about from a post from earlier today). However, like Sammy, Sam has been with AAA since the beginning. He remembers when all the bows were stored in the trunk of my Subaru Impreza and arrows, in a bucket, in the front seat. He remembers shooting into gorgeous sunsets atop Bramble Hill Farm and scrambling for cover in “the barn” when storms would roll in. That was six years ago. I am guessing Sam was 7 or 8 at the time. He recently turned 14. The video clip here is of Sam, after Nationals, working on a release drill at the AAA range.

Sam is also a member of AAA JOAD, enrolled as soon as we offered that option. Sam chose to attend Indoor Nationals this year. Like Sammy, Nationals, 2017, was his first “real” tournament. He regularly attends vacation camps, love helping at the range, responds to coaching feedback and guidance with ease and thoughtfulness, and is a joy to be around. Sam recently began increasing his volume of arrows shot per week in the weeks leading up to Nationals. Since he recently upgraded from his Greatree Mohegan beginner bow to an ILF setup with Easton ACC arrows we spent a good deal of time tuning his bow, choosing the best arrows for him, and working on the National Training System form. We trained at 18 meters, the distance of indoor tournaments, and on a 40cm face rather than the 60cm face his coach (me) thought he would be on. I wanted him to train on a smaller target and feel extra confident going into Nationals.

Sam arrived to Nationals and seemed fairly confident. Nervous, perhaps, but well within a manageable limit. I was excited for him to step up to the line, begin shooting, and find his flow. After walking out onto the range to hang target faces Sam and Sammy return to the spectator area. Sam looked like he has seen a ghost. “Sam, what’s up”?, I ask. “I was told that I will be shooting on a 40cm target face, not a 60cm target face”, he said. I could see the anxiety mounting. “Well, that certainly has the ability to rattle one’s mental game plan, doesn’t it?, I said. I had misinterpreted the rules months ago when I told Sam what size face he would be shooting on. Luckily, we had trained on a 40cm face for several months and spent a significant amount of time working on the psychological aspects of archery, including the difference between process-based thinking and outcome-based thinking. He had just slipped into outcome-based thinking.

Sam’s level of skill did not change the moment he was told to use a 40cm face rather than a 60cm face. His skill stayed the same. No one can take his skill away from him. What happened was a domino type reaction starting with a change in environment (target size) that led to a change in thinking from process-based to outcome-based and a questioning/reevaluation of self-image. Outcome-based thinking and questioning ones self-image leads to doubt, fear, anxiety and, ultimately, decreased performance. Self-image and performance are inextricably linked. The tension was palpable. Part of me sank with empathy for his situation while another part of me began to soar with excitement for Sam because I could see this was a “critical instance” form him. I also knew his inner character was capable of overcoming the adversity of the moment by preserving self-image and focusing on process. I secretly love moments like this because it is like watching someone blossom. It is like watching a blossom, trembling with energy and tangled up on itself, slowly find its way to “Yes” or “Open”. I love moments, critical instances, when humans are faced with an increased level of real or perceived challenge and a choice has to be made about how to move forward. Triumph and failure stand in front of you. Which will you shake hands with? Which one will you look back on next week, 5 weeks, 5 years from now and say to yourself, “I am proud of how I handled that situation?” Its a question having to do with mental preparation and strength of character and how you apply those in a difficult moment – in a moment where everything seems to fall out from under you. Sam has both solid mental preparation and strength of character.

“Sam”, I said, “You have two choices here. You can let this rattle you, which….we both know how that is going to turn out. Or you can shake this adversity in the hand, look it in the eyes and say: My name is Sam. Get to know me. I’m the guy with the awesome hair whose been practicing on a 40cm face for 3 months and I’m going to eat you for dinner”. Sam began to smile, laughed a big laugh, walked down to the line, and began to shoot what would be a 7.4 average arrow score over 60 arrows and on that 40cm face. Sam’s parents were, of course, a huge support as well. Was he anxiety free? Of course not, no one is. Sam did, despite the adversity, manage his mental game in a way that allowed his self-image and performance to stay positive.

Sam wore an AAA team shirt to the tournament that says, “Find Your Center”, on the back of it. Sam found his center by managing his mental game and self-image in a way that allowed him to . . . blossom. It is a pleasure being your coach, Sam, and watching you grow as an archer, as a person . . . as an archer athlete. So, if you see Sam at the range, acknowledge his accomplishment of character and keep this story in your quiver for the next time you are faced with a “critical instance”.